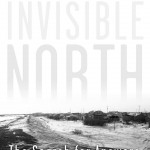 When former Maclean’s editor Alexandra Shimo arrives in Kashechewan, a fly-in, northern Ontario reserve, to investigate rumours of a fabricated water crisis and document its deplorable living conditions, she soon finds herself drawn into the troubles of the reserve. Unable to cope with the desperate circumstances, she begins to fall apart.

A moving tribute to the power of hope and resilience, Invisible North is an intimate portrait of a place where survival is a daily challenge. Part memoir, part history of the Canadian reserves, Shimo offers an expansive exploration and unorthodox take on many of the Native issues that dominate the news today, including suicide crises, murdered and missing indigenous women and girls, Treaty rights, Native Sovereignty, and deep poverty. 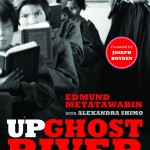 A powerful, raw yet eloquent memoir from a residential school survivor and former First Nations Chief, Up Ghost River is a necessary step toward our collective healing.

In the 1950s, 7-year-old Edmund Metatawabin was separated from his family and placed in one of Canada’s worst residential schools. St. Anne’s, in north­ern Ontario, is an institution now notorious for the range of punishments that staff and teachers inflicted on students. Even as Metatawabin built the trappings of a successful life—wife, kids, career—he was tormented by horrific memories. Fuelled by alcohol, the trauma from his past caught up with him, and his family and work lives imploded.

In seeking healing, Metatawabin travelled to southern Alberta. There he learned from elders, par­ticipated in native cultural training workshops that emphasize the holistic approach to personhood at the heart of Cree culture, and finally faced his alcoholism and PTSD. Metatawabin has since worked tirelessly to expose the wrongdoings of St. Anne’s, culminating in a recent court case demanding that the school records be released to the Truth and Reconciliation Commission.

Now Metatawabin’s mission is to help the next generation of residential school survivors. His story is part of the indigenous resurgence that is happening across Canada and worldwide: after years of oppression, he and others are healing themselves by rediscovering their culture and sharing their knowledge.

Coming full circle, Metatawabin’s haunting and brave narrative offers profound lessons on the impor­tance of bearing witness, and the ability to become whole once again.