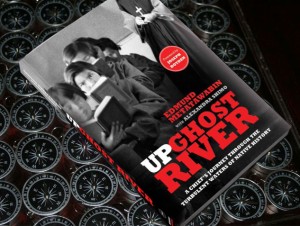 A powerful, raw yet eloquent memoir from a residential school survivor and former First Nations Chief, Up Ghost River is a necessary step toward our collective healing.

In the 1950s, seven-year-old Edmund Metatawabin was separated from his family and placed in one of Canada’s worst residential schools. St. Anne’s, in northern Ontario, is an institution now notorious for the range of punishments that staff and teachers inflicted on students, including sexual abuse and torture in an electric chair. After Metatawabin graduated from St. Anne’s and then high school, even as he built the trappings of a successful life—wife, kids, career—he was tormented by horrific memories. Fuelled by alcohol, the trauma from his past caught up with him, and his family and work lives imploded.

In seeking healing, Metatawabin travelled to southern Alberta. There he learned from elders, participated in native cultural training workshops that emphasize the holistic approach to personhood at the heart of Cree culture, and finally faced his alcoholism and PTSD. Reunited with his family and armed with a strong vision for the future of his community, Metatawabin returned home to Fort Albany, Ontario, where he was elected Chief. He has since worked tirelessly to expose the wrongdoings of St. Anne’s, culminating in a recent court case against the federal government demanding that the school records be released to the Truth and Reconciliation Commission.

Now Metatawabin’s mission is to help the next generation of residential school survivors. His story is part of the indigenous resurgence that is happening across Canada and worldwide, and includes Idle No More: after years of oppression, he and others are healing themselves by rediscovering their culture, and passing on their knowledge.

This tender and moving memoir, while deeply personal, has universal resonance as well as surprising moments of levity and grace. Coming full circle, Metatawabin’s haunting and brave narrative offers important lessons on the importance of bearing witness, and the ability to become whole once again.